The Modern World Heroine, who was Daring & Successful in a man's world.

Amelia Earhart was a pioneering aviator, she was born on July 24, 1897, in Kansas. She was a true female trailblazer who became the first woman to fly solo across the Atlantic & the first person ever to fly solo from Hawaii to the US. 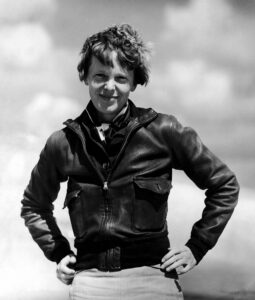 She was the definition of a rule-breaker & refused to be boxed in by her gender. She was adventurous, free-spirited & self-determining. Even as a child, defying conventional feminine behaviour, she climbed trees, belly slammed her sled, played basketball, hunted rats with a 0.22 rifle. While growing up she took auto repair courses & kept a scrapbook of news clippings of strong successful female icons, determined to become one herself. 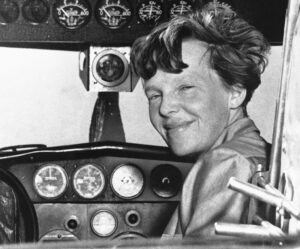 She completed her graduation in 1915 but took a break from her second year to work as a nurse’s aide at a military hospital during WWI & later became a social worker at a settlement house in Boston. She took her first flying lesson, determined to receive her pilot’s license on January 3, 1921, and passed her flight test in December 1921. Within six months of her enrollment, she had managed to save enough money to buy her first plane and named her “Canary”, in which she set her first women’s record by rising to an altitude of 14,000 feet. 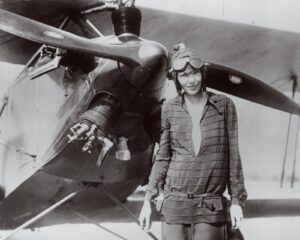 Earhart’s life revolved around flying, she met George Putnam during preparation for the Atlantic crossing and got married on February 7th, 1931. She was an Independent woman and believed in retaining her independence & maiden name after marriage, she referred to the marriage as a “partnership” with “dual control.” Together, they worked on plans for Earhart to become the first woman & the second person to fly solo the Atlantic. In the years that followed, she continued to set new records, she piloted an autogiro to a record-setting altitude of 18,415 feet (5,613 metres) and on January 11, 1935, she became the first person to fly solo across the Pacific from Honolulu to Oakland, California. 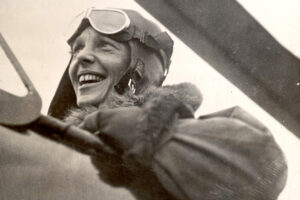 Earhart not only lived her dream but encouraged women to follow their dreams, she persuaded women to reject constrictive social norms & take the necessary steps to make their dreams come true. In 1929, she helped found an organization Ninety-Nines for female pilots.

She lived by the philosophy of - "Better to die young, but Live."