She had a strong sense of nationalism instilled in her & a fierce desire for personal freedom.

Anna Mani spent her life in the pursuit of science, she was a physicist & meteorologist. She made significant contributions in the field of meteorological instrumentation. She conducted research and published numerous papers on solar radiation, ozone and wind energy measurements. 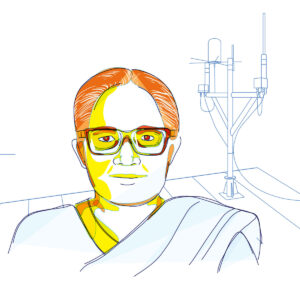 She was born on 23 August 1918, in a financially stable & professional household in Kerala. Unlike any other typical Indian family back then, the Mani family groomed their sons for high-level careers, whereas daughters were primed for marriage. But Anna Mani did not abide by the rules and would not have any of it. As a child she spent most of her time engrossed in books & on her 8th birthday she declined to accept her family’s customary gift of a set of diamond earrings, opting instead for a set of Encyclopedia Britannica. The world of books opened her to new ideas and imbued in her a deep sense of social justice which informed and shaped her life. 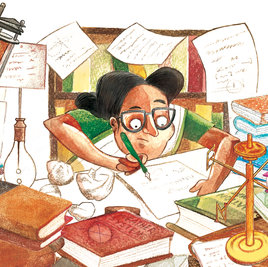 Anna Mani wanted to study medicine, but her fate had other plans, so she chose to study physics. The pragmatic Mani saw nothing unusual in her pursuing physics in that era & she was good at it and enrolled herself in the honours programme in physics at Presidency College, Madras. After which, obtained a scholarship to undertake research at the Indian Institute of Science in Bangalore, under Nobel Laureate C V Raman’s Laboratory where she worked on the spectroscopy of diamonds and rubies. 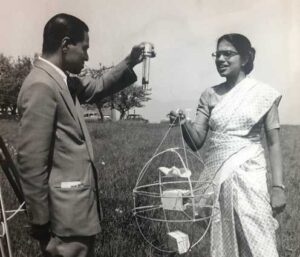 However, the scientific institutions perpetuate their own gender biases and despite her pioneering work, she was never granted a doctoral degree. But that did not deter her spirit to work. Unfazed, she took an internship in England, where she specialized in meteorological instrumentation. After returning to a free India, she joined the Indian Meteorological Department, where she worked on the construction of radiation instrumentation, with what was available. Her motto was “Find a better way to do it!”. She standardised the drawings of about 100 weather instruments for production and set up monitoring stations across the country to monitor solar radiations & harness solar energy. 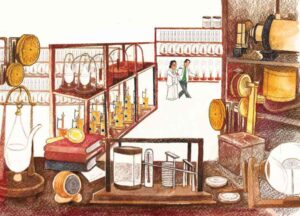 In 1960, she started working on atmospheric ozone & developed apparatus to measure ozone – ozonesonde. Thanks to her singular contribution, India was able to collect reliable data on the ozone layer. In 1963, at the request of Vikram Sarabhai (Father of India’s Space programme), she successfully set up a meteorological observatory and an instrumentation tower at the Thumba rocket launching facility. She also became the Deputy Director-General of the Indian Meteorological Department.

When she was asked in an interview whether being a woman had any impact on her work, the stoic & proud Anna Mani would insist that “I have worked hard to gain my academic qualifications & was judged fit to carry out the work that was needed.” However, back in the days, even a slight error made by her or other women scientists in handling instrumentation or in setting up an experiment would be immediately broadcasted by some men as a sign of female incompetence.

“My being a woman had absolutely no bearing on what I chose to do with my life. What is this hoopla about women and science?” 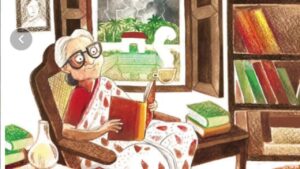 Devoted to her studies and research, Mani never married. Passionate about nature, trekking and bird watching, she was a member of many scientific organizations.

Anna Mani: With the powerful desire for personal freedom, she dedicated her life to the pursuit of science.