Gender does not matter. You work as a scientist, not as a woman.

Famously known as  “Missile Woman of India”, Tessy Thomas is a scientist at the Defence Research & Development Organisation (DRDO). She was the first woman to lead the project for Agni IV & V missiles, that is how she got her name “Missile Woman of India” & also “agni putri”. As a child, she grew up near Thumba Rocket Launching Station where she was fascinated by the missiles, rockets & aircrafts ultimately aligning her career goals and interests in the direction. 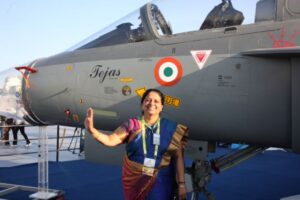 Dr. Thomas grew up in a difficult environment financially, her mother was her biggest support & inspiration, she says she inherited her strong will & determination from her mother. Despite all the financial hardships, her parents ensured good education for all the six kids & were unceasingly encouraged them to pursue careers of their own interest. As a child, she had a special love for mathematics & physics. Later she took an education load to study from Government Engineering College, Thrissur & received a scholarship during her admissions. 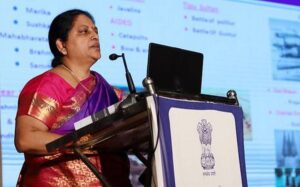 She was not only excelled academically also had numerous extracurricular activities. She also has immense love for nature, she believes that nature has a special power in one’s development, it gives you strength & positivity.

She joined DRDL, Hyderabad in 1988 and was associated with Agni Programme right from its development flights. She designed the guidance scheme for long-range missile systems which is used in all Agni missiles. She served as the Project Director for the Agni IV and V missiles & has the expertise on the solid propellent systems were critical in the development of the re-entry system of the missile, which helped it withstand great velocities and temperatures of 3,000° Celsius on re-entering the atmosphere. 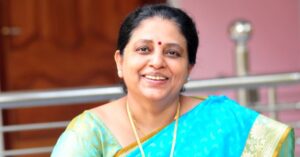 She has been the recipient of various prestigious awards. She supports & emphasizes the importance of science in academic institutions and the science fraternity.

Dr. Tessy Thomas: Following her passion, living her dream, doing what she loves.